DINE OUT WITH A RENOWNED CHEF FOR A GOOD CAUSE.

Dine out with a renowned chef for a good cause

“Lots of deliciousness,” Chef Renée Schuler hinted when asked what attendees should expect at the “We Go Together” Bebop N’ Hop.

Chef Renée and her team at Eat Well Celebrations and Feasts will be providing food for this one-of-a-kind fundraiser for Our Daily Bread. The menu, according to Chef Renée is “retro inspired and designed especially for the event.”

Once the 50’s-themed fundraiser was planned, Our Daily Bread knew it would require a chef with a special set of skills. Schuler, owner and founder of Eat Well, is one of Cincinnati’s most sought-after caterers, guided by Chef Renée’s passion for quality ingredients and exceptional culinary styling.

The secret of Chef Renée’s culinary genius is out. While living in New York, the Kentucky native became fascinated with the work of food stylists;

“Every day on my lunch break I would walk to Barnes and Noble on 6th Avenue and flip through the magazines to figure out who the food stylists were. Then I would track them down and then ask them what I should do to become a food stylist too; they all recommended going to cooking school.”

Chef Renée spent five years in New York City, attending the Institute for Culinary Education (ICE), while working numerous noteworthy catering jobs, such as catering the wedding of the editor of Chocolatier Magazine and working for Chef Bobby Flay’s catering company. She then moved back to the Cincinnati area and spent three years as Executive Chef at the Murphin Ridge Inn. After a while, one side catering gig led to another until, according to Chef Renée “one day it just became my full-time job.”

Eat Well Celebrations and Feasts have catered for a range of events locally, including those for the Cincinnati Art Museum, the Cincinnati Opera, Taste of the NFL and the Carnegie’s Art of Food. Eat Well even catered one special dinner with VIP guest Martha Stewart.

With the support of a “fun, passionate and hardworking team” and classically trained chefs, Chef Renée envisions food as art that transcends borders, “food is the universal, you don’t have to speak the same language, it crosses all kinds of boundaries, political; social; everybody eats and everybody can appreciate a good meal.”

To experience Chef Renée’s culinary talent and food that will transport you back in time, buy your tickets today for “We Go Together” Bebop N’ Hop, on Saturday September 23, 2017 from 6-10PM at the American Sign Museum. Get your tickets today! 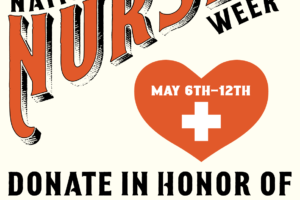 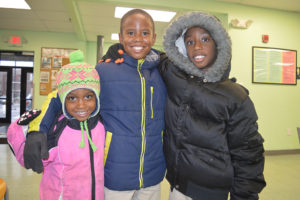